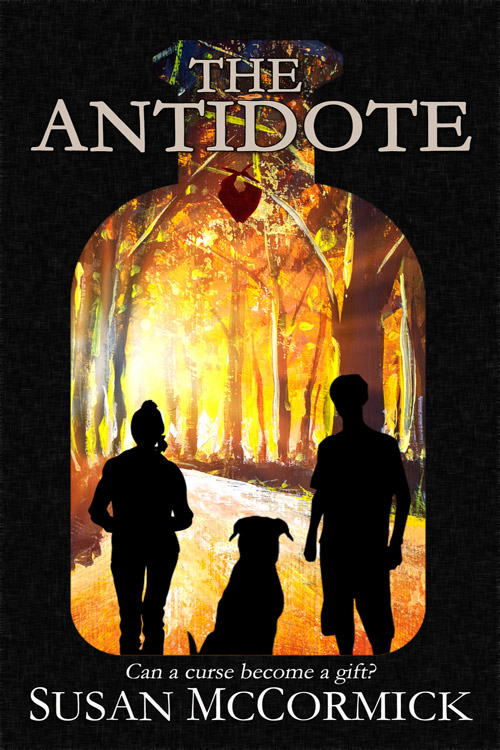 Kirkus Reviews says: “Impressively timely and resonant. A high-stakes and exciting tale of good versus evil that thoughtfully reflects on modern maladies.”

Foreword Reviews calls The Antidote a thrilling and informative adventure story with a fascinating villain.

Twelve-year-old Alex Revelstoke is different. He can see disease. Also injury, illness, and anything else wrong with the body. This comes in handy when a classmate chokes on a hot dog or when the school janitor suffers a heart attack unclogging a gooey science experiment gone awry.

But Alex soon learns his new ability puts him and an unsuspecting world in peril.

Throughout time, Revelstokes have waged a battle against ancient evil itself. A man, a being, an essence—the creator of disease. Alex has seen its darkness. He has felt its strength. He does not want to fight. But Alex is the last Revelstoke. The war has just begun.

I love classroom visits and would be happy to visit yours.

Contact me through the email on the About the Author page.

* Disclosure: I am an affiliate of Bookshop and will earn a commission if you purchase from them, with a matching amount to independent bookstores.

Back to Books Main Page

Reviews for The Antidote

A boy from a long line of paranormal healers fights the embodiment of illness itself in McCormick’s debut middle-grade fantasy novel… Impressively timely and resonant…The suspenseful plot is well grounded in Alex’s growth as a healer and his growing maturity… A high-stakes and exciting tale of good versus evil that thoughtfully reflects on modern maladies.

An original and intricately plotted story with characters that readers will adore and themes that will resonate powerfully with contemporary readers. A brilliantly written story that pits the forces of good and evil. The writing is suspenseful and the originality in concept and plot sets it apart from many books in the genre. A creative, immersive, and emotionally rich story that will keep readers turning the pages.

In Susan McCormick’s thrilling novel The Antidote, a boy descended from a line of doctors prepares to battle the physical embodiment of disease… ILL is fascinating… The Antidote is an informative adventure story in which a boy faces a moral quandary after learning about his incredible inherited gift.

Filled with wonderful, full, fleshed-out characters and a pace that make it a page-ripping suspenseful tale of good and evil.

Stories wanting to teach children something important can get quite boring. However, The Antidote proved itself to be a different offering… I would have loved reading this as a kid.

I liked how the story was so factually based, but didn’t become bogged down in the details… I was actually surprised that I also enjoyed the evil being… A book that was right up my alley.

Listen to my interview with two brainy teens from Voice America, Express Yourself. I start at the 10:45 minute mark.

Meet the dogs that inspired Valentine, the special dog in The Antidote